In autumn 2015 I joined the Blikwisseling masterclass. The masterclass was all about connecting art and technology by making an interactive experience. This week was very influential to me since I discovered that the hardest thing of making something is getting the idea. "Once we can think of it, we can make it" really applied to this masterclass.

The blikwisseling week was a multidisciplinary masterclass with students from different backgrounds. There were engineers, musicians, designers and artists. The masterclass was built around the tinkering principle: Once you start playing with new things you will quickly learn how they work and how you can connect them with things you are already familiar with.

By the end of the week a lot of different projects were made. There was a game where you had to complete a story by connecting wires to the key objects hidden in a room, a futuristic tree with which you could make ambient music and a lot of other experiences.

The project I worked on was a mechanical drum computer. The drum computer used two lasers and light sensors to trigger a kick and a snare sample. The lasers were obstructed by a rotating paper disc that the "producer" could cut holes into. This way you could program your own beats using a paper disc and a knife! 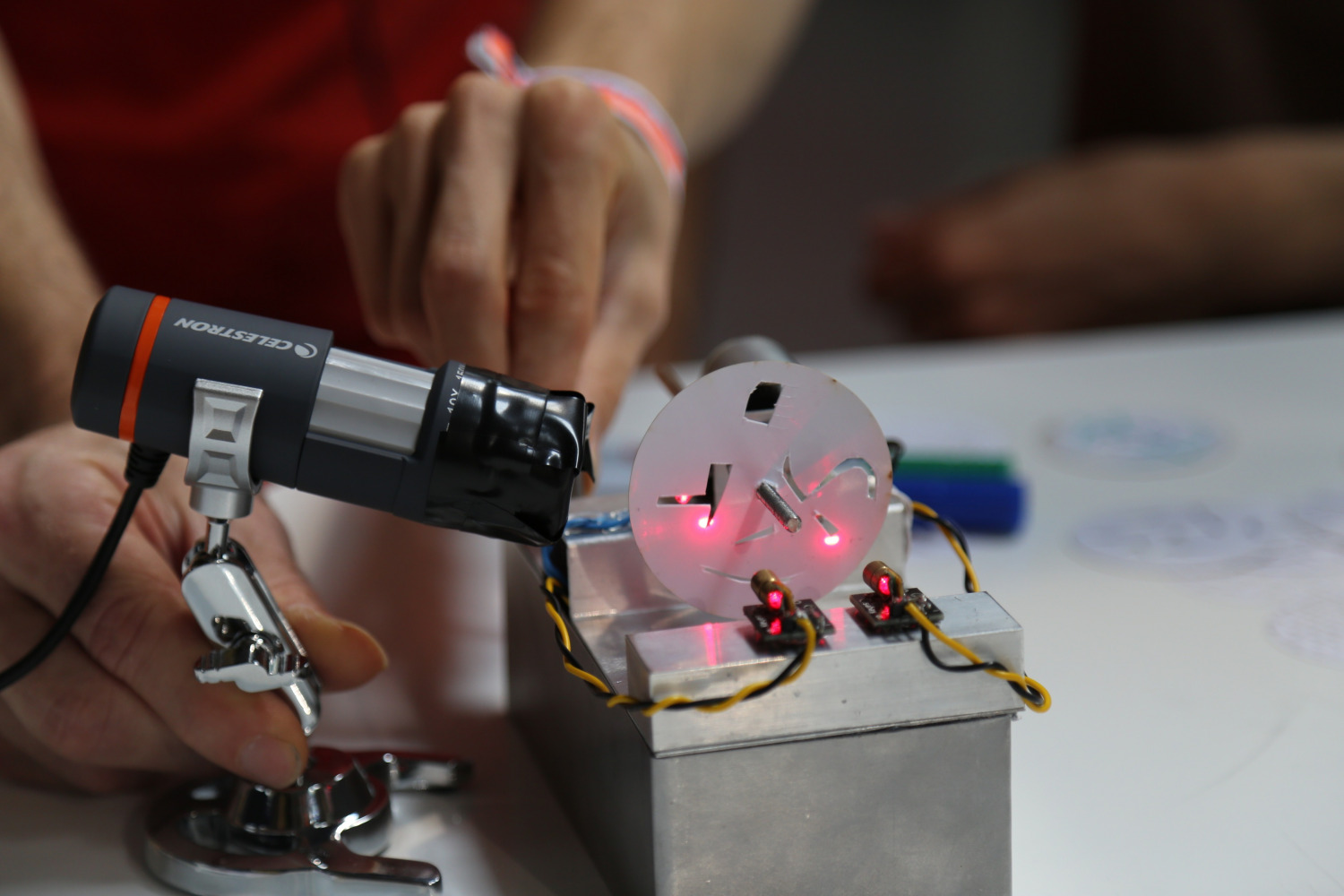 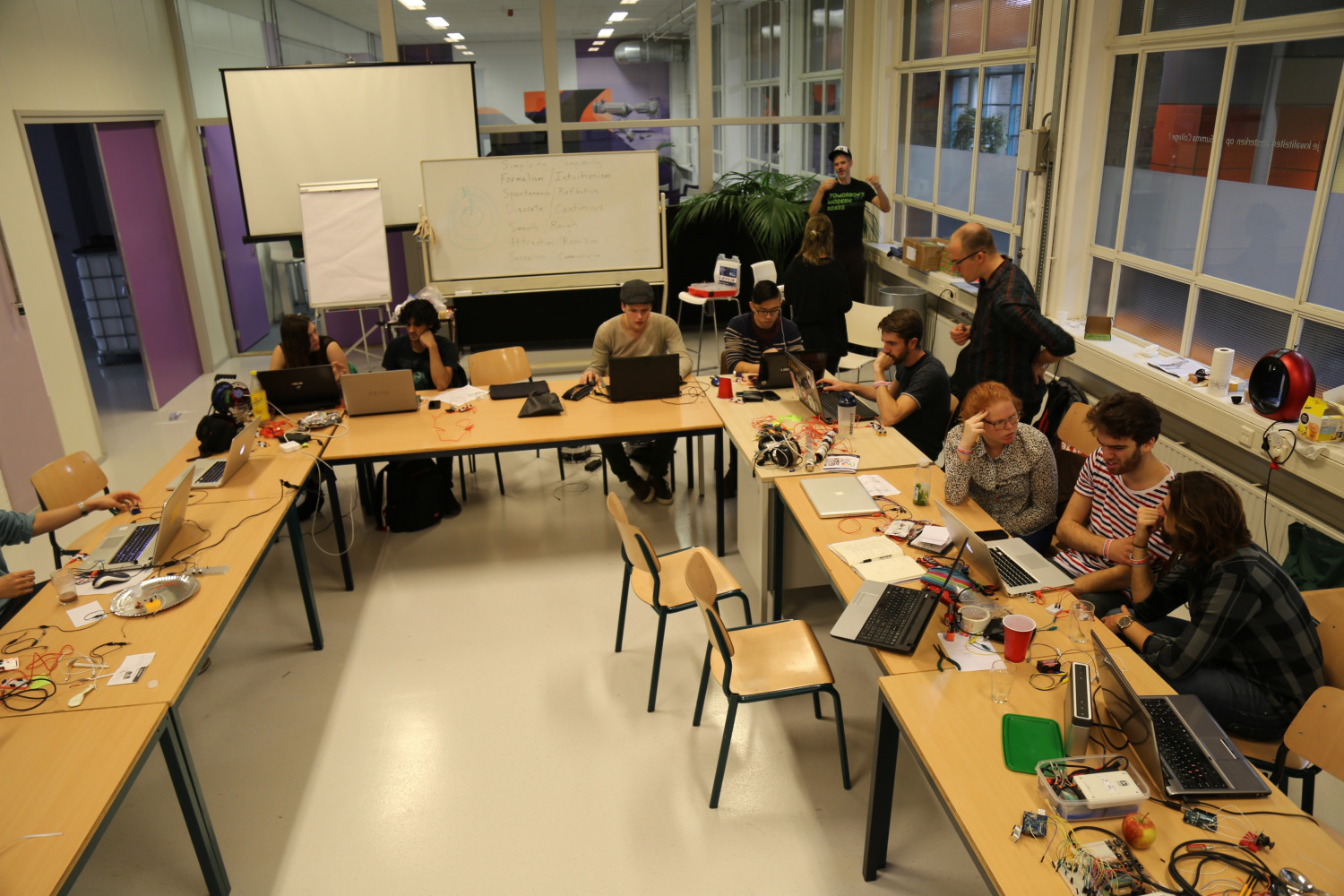