This project was the outcome of a five month minor I took during my bachelor. The project goal was to design and create an interactive installation that would be suitable for the Glow festival in Eindhoven.

To overcome this problem our group came up with the idea of making an installation where there is only one person interacting, but the interaction would only be visible to the bystanders. Our installation was a beautiful garden with luminous flowers. These flowers would however turn off whenever the person walking through the garden looked at them. This creates the illusion that the flowers are always off. When the participant later joins the crowd he will realise what was going on

The installation shown in the image is the prototype version as

showcased at the DIT festival 2016 in Eindhoven.

The following techniques were used to realise this result: 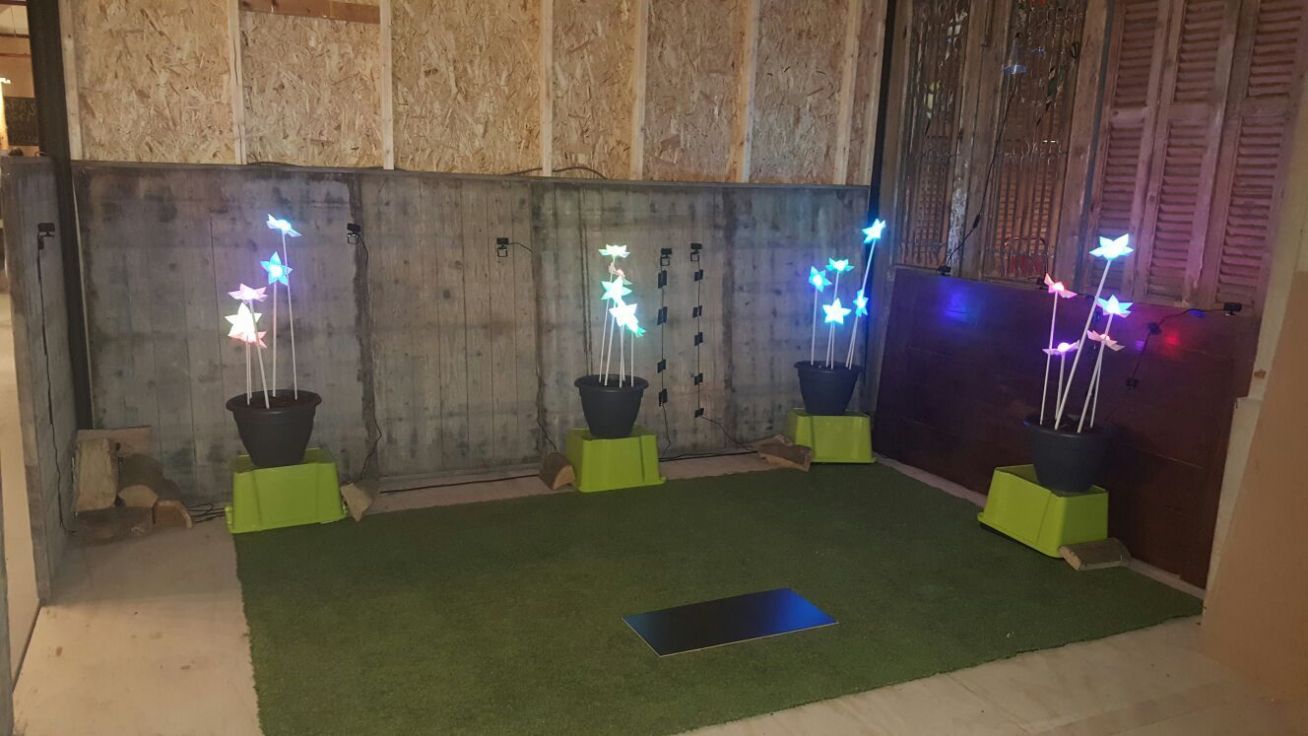 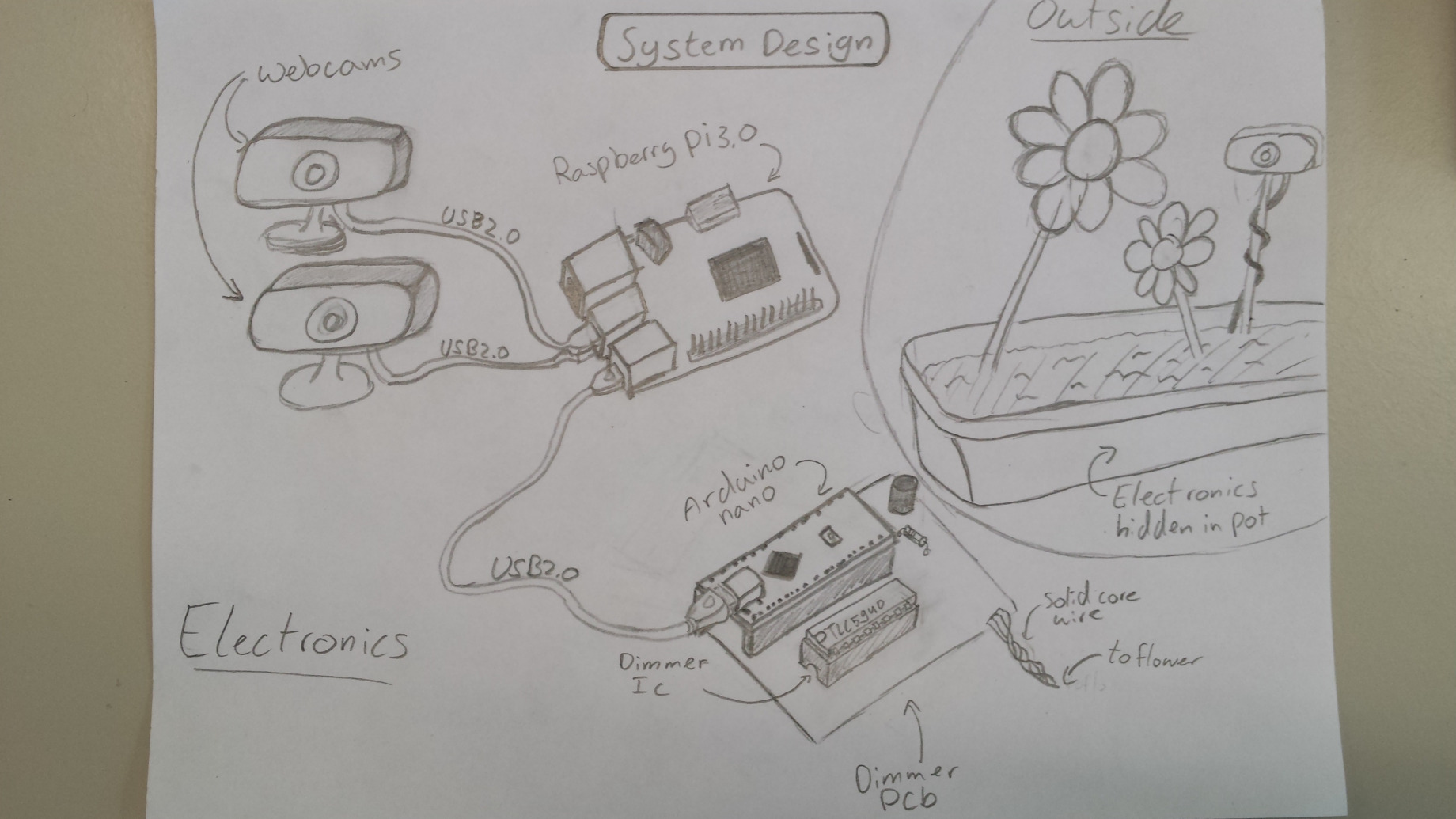